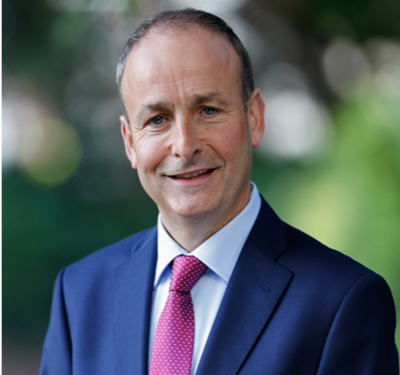 Micheál Martin was born in Turners Cross, Cork, the son of Paddy Martin, formerly of CIE and ex-Irish International boxer, and Lana Corbett. He was educated locally, at Scoil Chríost Rí and Coláiste Chríost Rí, and remains a frequent visitor to both schools.  He later attended University College Cork where he qualified with a Bachelor of Arts degree. Micheál subsequently completed his Master of Arts thesis in Political History, before deciding to embark on a career as a secondary school teacher in St. Kierans College, Camden Quay, Cork.

A keen sports fan he is a strong supporter of Nemo Rangers and Cork GAA.  Micheál is married to Mary O’Shea. With their family they live in Ballinlough in Cork.