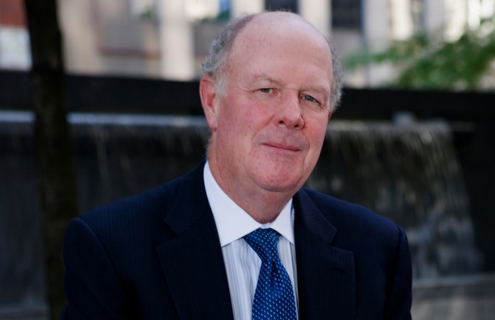 Michael D. O’Halleran serves as Executive Chairman of Geneva Re Limited, a Bermuda based reinsurance holding company. He also serves as Senior Advisor at Ryan Specialty Group. Prior to this he was Executive Chairman and founder of Aon Benfield, the largest reinsurance brokerage and capital advisory firm in the world. Aon Benfield has operations in more than 50 countries and employs in excess of 4,000 professionals.

Mr. O’Halleran was previously President and COO of Aon Corporation and has held senior operating positions throughout his 47 year career in the insurance and reinsurance industry.

Mr.O’Halleran is a member of the Economic Club Chicago and The Commercial Club of Chicago. He also serves on the Board of Providence St. Mel School, Dublin City University, The Ireland Funds America and the Goodman Theatre. He is the recipient of numerous civic awards including the Ellis Island Award, the American Ireland Person of the Year and the American Ireland Chamber of Commerce Person of the Year. In 2017 Mr. O’Halleran received the Lifetime Achievement Award for the Insurance/ Reinsurance Industry.

Mr. O’Halleran is a graduate of the University of Wisconsin-Whitewater with a degree in Accounting and Finance.