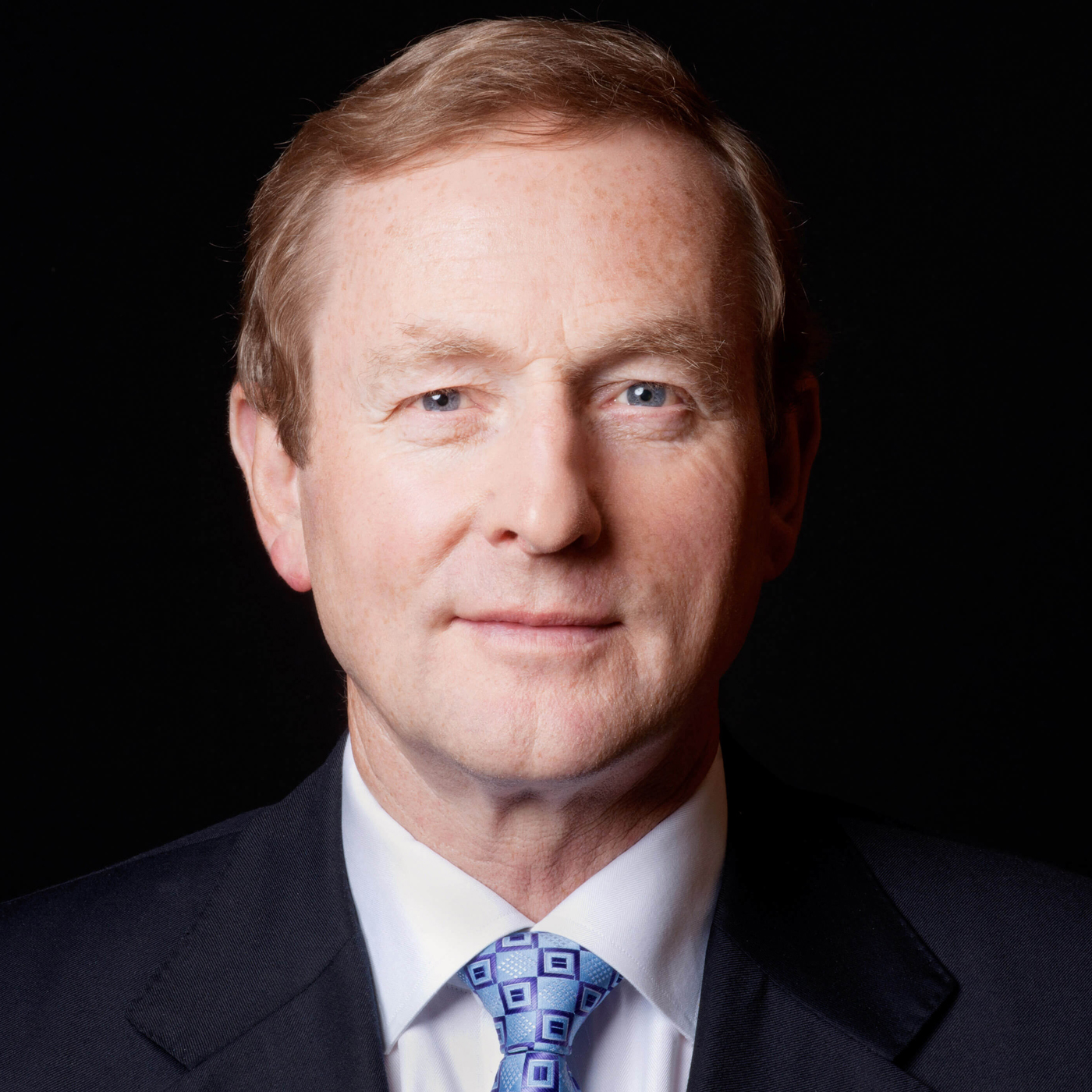 Enda Kenny was elected to Dáil Éireann, the Irish National Parliament at 24 years of age in 1975. He was re-elected in 12 subsequent General Elections until his retirement as Taoiseach in 2017. He served as Minister for Education and Tourism and Trade and became Leader of Fine Gael in 2002. He led the Party for 15 years, the longest period of any Fine Gael Leader. He also served as a Vice President of the European Peoples’ Party for 6 years. He became Taoiseach in March 2011 and again in May 2016, the first Fine Gael Leader to be re-elected as Taoiseach in successive elections.

Under his leadership Fine Gael became the largest party at local, Dáil and European Parliament level, a result never achieved previously. His tenure of office saw Ireland exit a Troika bailout, without condition, which resulted in the restoration of Ireland’s sovereignty and economic independence. He has always credited the Irish people for this outcome. He co-chaired meetings of the European Council during Ireland’s Presidency in 2013 and oversaw the approval of the EU budget 2013/2020 of 960 Billion Euro. As Taoiseach to May 2017, Ireland became the fastest-growing EU country for 4 successive years; unemployment reduced from 15.2% to less than 5%; interest rates on Irish borrowing fell from 15% to zero, the country’s credit rating was restored, and access to financial markets was fully secured.

In 2017 the European Council of 28 countries, gave unanimous support to his call that Northern Ireland, having left the EU as part of Brexit, would again be recognized as a full member of the EU without having to reapply, if the Good Friday Agreement on the question of a United Ireland, were to be implemented by a vote of the people.

Mr. Kenny was conferred with an Honorary Doctorate in Law by the National University of Ireland, Galway (NUIG). Enda Kenny was born in 1951 and is married to Fionnuala and they have 3 adult children.